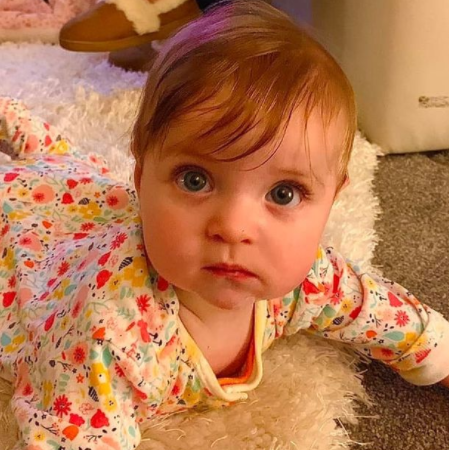 The grandfather of slain Star Hobson killed himself at the age of 50 following the heart-breaking death of the toddler.

Andrew Smith wrote a suicide note to his daughter Frankie Smith, telling her to look after herself while he looks after Star in Heaven.

“You look after yourself and I’ll look after the baby,” he wrote before taking a fatal overdose of pills.

Star died at just 16 months and her mother Frankie, 20, was yesterday, Dec. 14, convicted of causing or allowing her death at Bradford Crown Court, Mirror Online reports.

Frankie was cleared of murder and manslaughter, but her pub bouncer lover Savannah Brockhill, 28, was found guilty of killing the toddler in Keighley, West Yorkshire.

Andrew Smith’s dad, Frank, 68, spoke to The Sun about the death of his great-granddaughter and how it affected his son.

Frank told The Sun: “He had a handprint on his window from the baby and never washed it off. He couldn’t handle it and so he did it on Frankie’s birthday.

“He sent her a card in prison and wrote, ‘You look after yourself and I’ll look after the baby’. It’s been devastating. When they found him, Star’s coat was at the side of him. My son did what he did and had 50 years of life, that baby had only a few months.”

Frank, who is Frankie’s grandfather and Star’s great-grandfather, added: “Whatever Frankie gets she deserves. They’ve been called animals but not even animals do this to their own.”

Baby Star was taken to hospital on September 22, 2020, but the injuries she had suffered were “utterly catastrophic” and “unsurvivable”.

A post mortem revealed Star had been repeatedly physically assaulted over the weeks and months before her death. She also had 38 existing separate external injuries, including bruises, cuts, swelling and two rib fractures.
Frank revealed that Star’s mum had said she would end her own life in prison in a letter to her dad before he actually took his own life.

She had two breaks to the right tibia or shin bone caused by forceful twisting. The mending bone had recently been re-fractured and Star had been limping in the weeks before her death.

Star also had 12 cm fracture to the back of the skull caused days before her death.

Star suffered a cardiac arrest and died in hospital in September 2020.