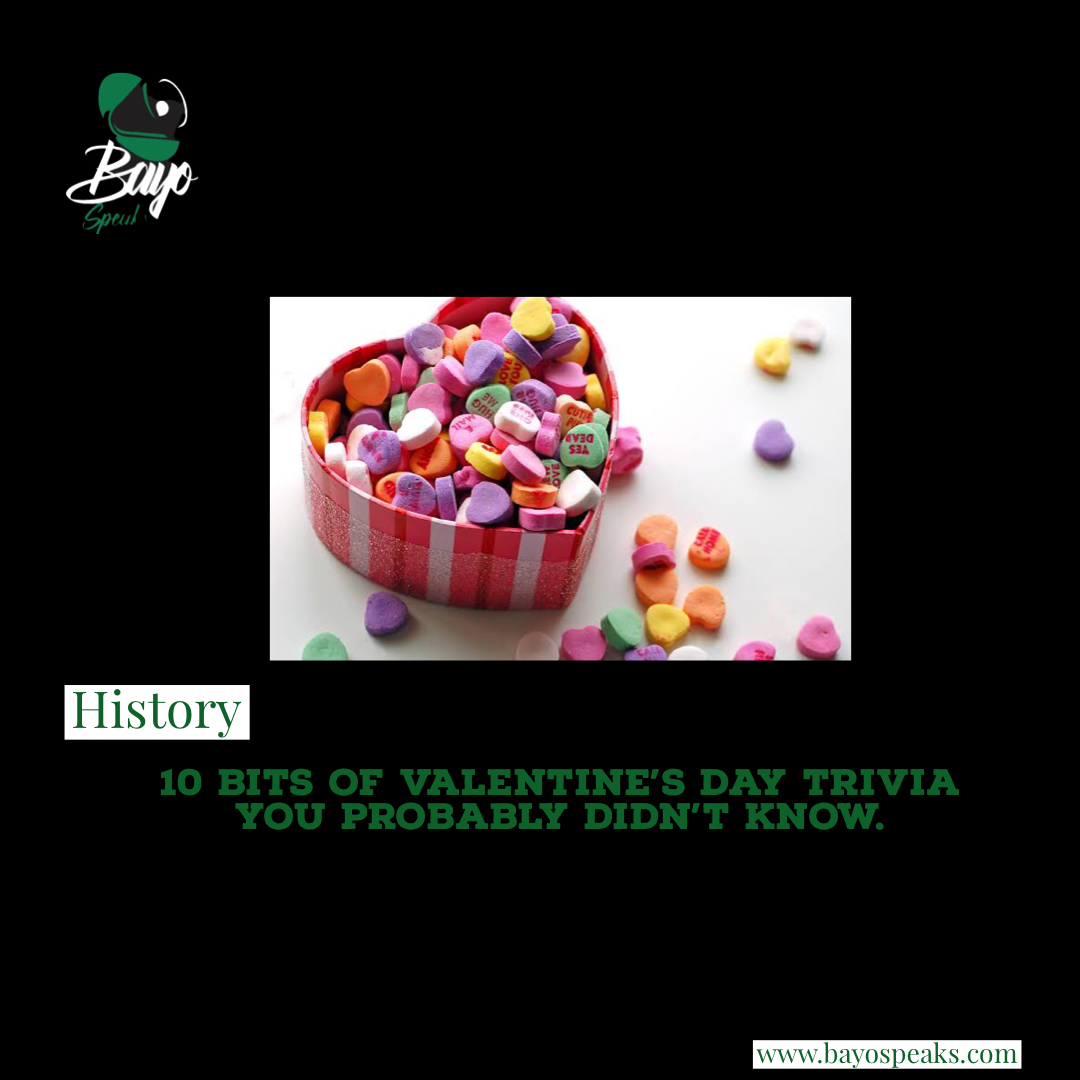 Valentine’s Day is an annual festival to celebrate romantic love, friendship and admiration. Every year on 14 February people celebrate this day by sending messages of love and affection to partners, family and friends.

• Valentine’s Day was first declared a holiday by a pope. In 496 A.D., Pope Gelasius I made the feast of St. Valentine an official holiday, apparently hoping to expel the pagan rituals of Lupercalia by combining it with St. Valentine’s Day.

• The holiday was later removed from the Roman Calendar of Saints. After the Second Vatican Council in 1969, Pope Paul VI decided to remove St. Valentine’s Day from the calendar of major holidays, mostly because very little about the actual St. Valentine could be verified. However, its religious observance is still allowed. Anglicans and Lutherans recognize February 14 as an official feast day, while the Eastern Orthodox Church celebrates St. Valentine on July 6.

• The first Valentine’s Day celebration occurred in Paris. The first known official celebration of Saint Valentine’s Day took place in Paris on February 14, 1400, which is when King Charles VI of France established La cour amoureuse, or the High Court of Love. The court, entirely run by women, met to deal with marriage contracts, divorces, infidelity, and domestic violence.

• Esther Howland is the first manufacturer of Valentines. Before Esther Howland commercialized Valentine’s Day cards and became known as the “Mother of the American Valentine,” Valentines in America were less romantic and more comical. Her inspiration came from the thoughtful and sweet greeting cards that were circulating in England, and she decided to sell similar designs in the U.S. starting in the 1870s. Needless to say, they took off.

• February 14 is a busy day for restaurants. Unsurprisingly, Valentine’s Day is one of the busiest days of the year for restaurants, second only to Mother’s Day.

• Wearing your heart on your sleeve is more than just a phrase. In the Middle Ages, young men and women drew names to see who their Valentine would be, and they would wear the name pinned to their sleeve for one week so that everyone would know their supposed true feelings.

• People consider pink and red the colors of love. According to the National Confectioners Association, around 65% of Americans believe that the packaging of Valentine’s Day candies and chocolates should be red and pink.

• Roses are the flowers of love. Speaking of cupid and his roses, can you guess the favorite flower of Venus, the Roman goddess? According to legend, it’s the red rose, of course. The bud stands for strong romantic feelings, so it’s no surprise that roses make up the most popular Valentine’s Day bouquets.

• Experiential gifts are on the rise. In 2017, 40% of consumers told the National Retail Federation they wanted an “experience gift”aka tickets to a concert or other event, an outdoor activity, or an evening out although only 24% planned to give one. This gift option is particularly popular with millennials: 45% of people ages 18-24 and 40% of people ages 25-34 said they planned to give experiences for Valentine’s Day.

By and large in the words of the late Michael Jackson, with love, we can heal the world and make it a better place for the entire human race.

Preach love not Vengeance and understand that there’s a soul that needs love.