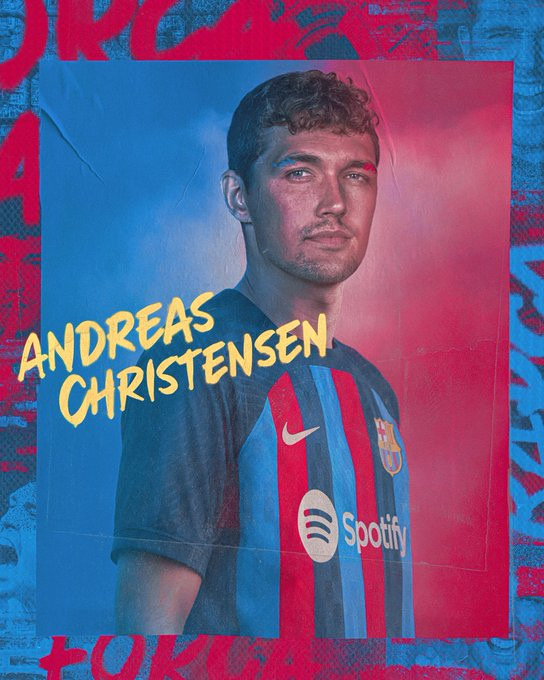 
“FC Barcelona and Andreas Bødtker Christensen have reached an agreement for the player to join the Club after his contract with Chelsea FC came to an end,” Barcelona stated in a release.

“Following that, a photo session with the player wearing the 2022/23 first kit and 1.15pm Press conference at the Ciutat Esportiva Joan Gamper press room.


“Born on 10 April in the town of Lillerod in Denmark, Andreas Christensen began his footballing career with Brondby. After eight years with the Danish club in 2012 he was signed by Premier League club Chelsea for their U19 squad.


“The defender impressed in the youth teams at the London club and then coach Jose Mourinho called up Christensen for a preseason tour with the first team. The Dane divided his time between the U19 side and the first team, winning the UEFA Youth League with the former and making his debut for the latter.


“In search of more playing time, Christensen set off for Bundesliga club Borussia Mönchengladbach on loan in 2015. The central defender spent two seasons in Germany, gaining valuable experience before being recalled by Chelsea.

“The Danish defender returned to the London club and despite playing under four different coaches in five seasons, he became an important part of the squad under each of them. Christensen played in important finals in the Champions League, the Europa League and the Club World Cup, helping Chelsea to victory in each of them.”