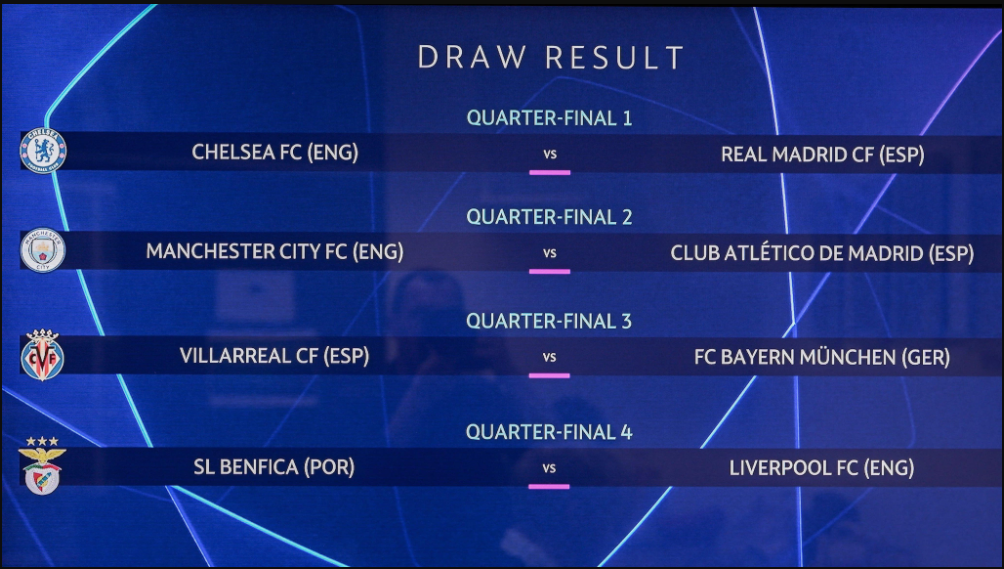 The organizers of the UEFA Champions League, one of the most prestigious football competitions in the World, have just released the quarter-final draw.

“It’s a tough one,” said Chelsea boss Thomas Tuchel. “The challenge couldn’t be much higher, playing the second leg in the Bernabeu with spectators. It’s a big challenge and a big excitement around this match and this fixture. We know what’s coming and it will be an exciting match and a tough challenge.”

Liverpool, who beat Italian champions Inter Milan to progress from the last 16, will face Portuguese side Benfica.