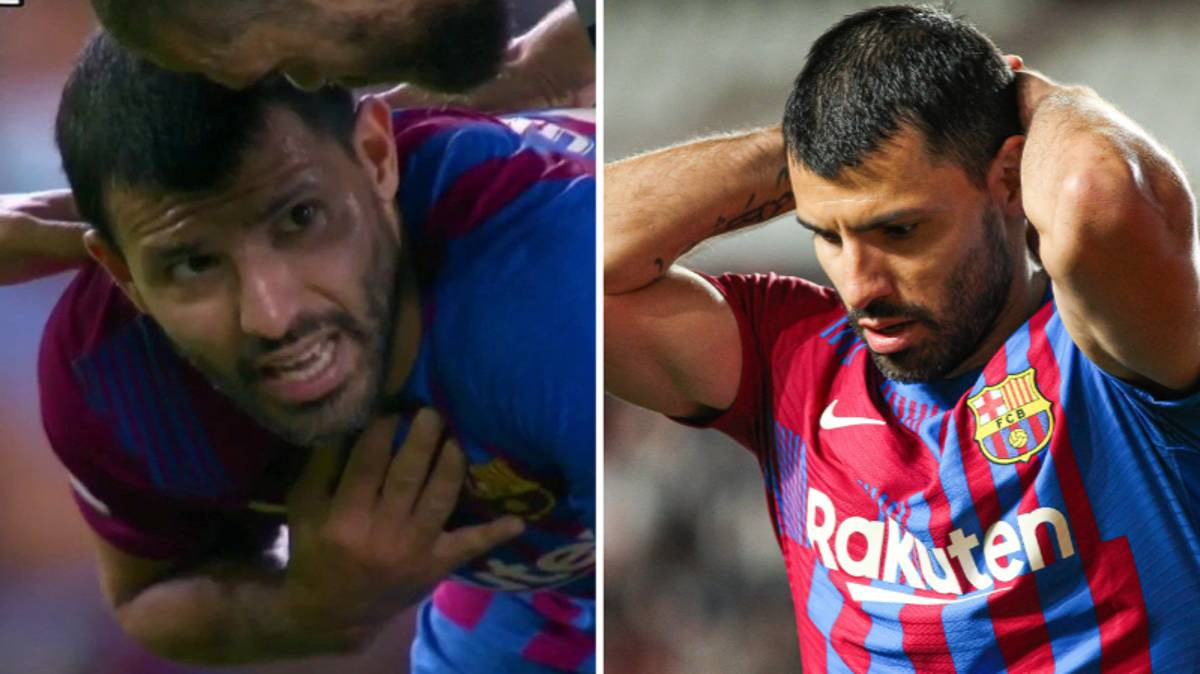 Barcelona striker, Sergio Aguero has announced his retirement from football at the age of 33 due to a heart condition.

The Manchester City legend, who moved to Barcelona on a free transfer in the summer, had to be substituted during his team’s 1-1 draw with Alaves in October after receiving medical assistance on the pitch to treat chest pains and dizziness.

The Argentina striker was taken to hospital for cardiac tests, after which he was ruled out for three months after he revealed that the discomfort had been caused by an arrhythmia, a broad term to describe any heart rhythm that is not completely normal.

An emotional Aguero said: “This conference is to communicate that I have decided to stop playing football.

“It is a very difficult moment. The decision I have made I have taken for my health, that is the main reason, because of the problem that I had a month-and-a-half ago.

“I was in good hands of the medical staff who have done their best and have told me the best thing would be to stop playing.

“So I made that decision about a week ago and I want to tell everyone I did everything possible to have hope, but there wasn’t very much.”

Aguero agreed to join Barcelona in May, signing a two-year deal with a buyout clause of €100m (£86m) after leaving City.  He scored his first goal for Barcelona against Real Madrid on his El Clasico debut on 24 October.

Aguero began his career at Argentine club Independiente, scoring 18 goals between 2003-2006 before transferring to Atletico Madrid.

He enjoyed a fruitful period at the Spanish side, scoring 100 times in 230 appearances in all competitions, and won the Europa League with the club in 2010 in addition to the UEFA Super Cup.