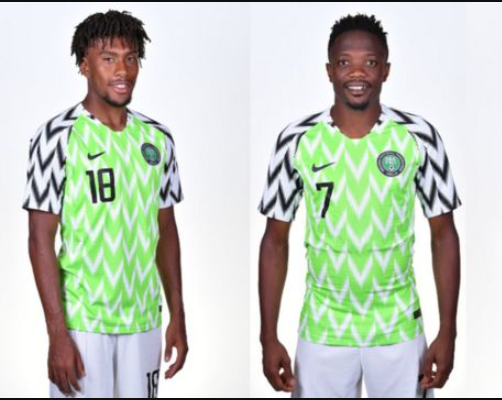 The stars will start when the Eagles take on Guinea-Bissau in their final Group D match on Wednesday January 19.

Fatih Karagumruk forward, Musa is expected to lead the Eagles out in what will be their 96th match in the history of the competition. The three-time African champions have recorded 52 wins drawn 22 and lost 21.

Iwobi and Ebuehi are expected to replace Samuel Chukwueze and Ola Aina in the starting line-up for the game against the Wild Dogs of Guinea-Bissau.

Speaking ahead of his team’s final group fixture, interim coach, Austin Eguavoen, said, “Yes it is always good to qualify for the next round before your last game. We have done that with style.

“So, expect few changes against Guinea-Bissau because every player here has come to play and I have always told them that their time will come. Don’t expect a wholesale change, but there will be one or two.”

Other players expected to play a part in the encounter are Kelechi Nwakali, Francis Uzoho, and Peter Olayinka.