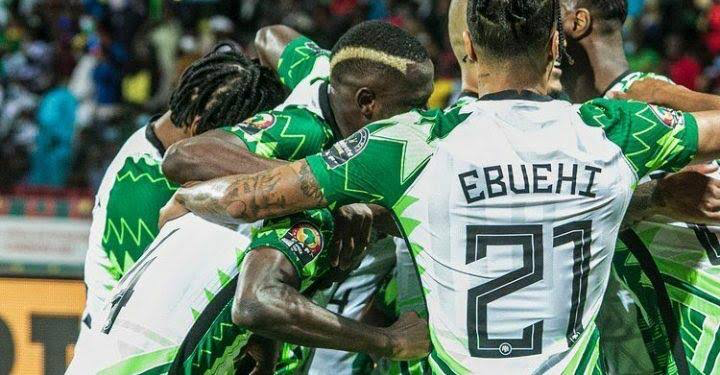 The Super Eagles of Nigeria defeated Guinea Bissau 2-0 in their Group D encounter at the Africa Cup of Nations on Wednesday night, January 19 in Garoua, Cameroon.

Sadiq Umar scored in the 56th minute to put Nigeria ahead in the game after a wonderful left footed assist from Kelechi Iheanacho.

While William Troost-Ekong scored Nigeria’s second goal after a sensational dribble by Moses Simon in the 75th minute.

Simon dribbled three players in the left side of the 18 yard box and his shot hit the bar before captain Ekong scored from the rebound.

Nigeria held on to victory and though the team came to the tournament with a new coach, they have convincingly won their first three matches putting them as favorites to win the tournament.

With the victory, Nigeria is the only team in this year’s AFCON that reached the last 16 round winning all group matches.